The C Train has an interesting history. Back when the NYC Subway was new, The C Train started out running from to/from The Bronx. The C Train to The Bronx was actually nice and stuff. Then in 1998, The C Train no longer went to The Bronx and was sent to Washington Heights-168th Street as its new Northbound terminal. But then a crazy thing happened which brought back history. In 2010 (December), because of a 1-2 hour delay on the Northbound D Train, they sent this C Train (In The Picture) Up to 205th Street which is even better because it used to only end @ Bedford Park Blvd. Riding the 1964 R32 Subway Cars on the C Train that day to The Bronx was amazing because it brought back old history and the ride was really fast. The C Train has its ups and down’s but thats the best ride I had on the C Train In my life so far. The R32 C Train to 205th Street is good and nostalgia. Rating this a 10 out of 10 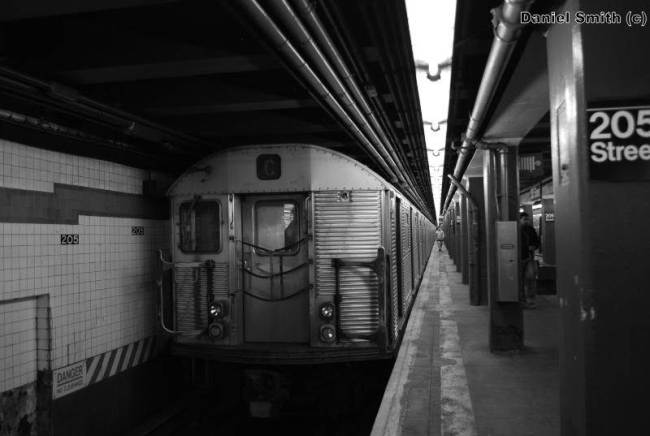